These boys enjoyed an afternoon of fun at Venture River Waterpark in Eddyville. 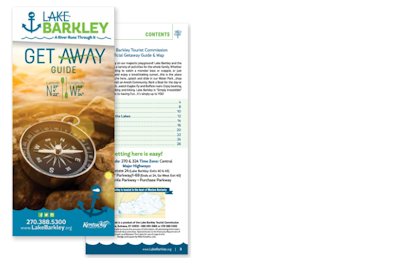 Our Eddyville, Kentucky Area section of ExploreKentuckyLake.com covers the city of Eddyville, Kuttawa and Eddy Creek, which is located in Lyon County, Kentucky.

Eddyville is a town of about 2,624 people and located directly on Lake Barkley, 13 minutes from Lake Barkley Dam and about 16 miles from the Northern entrance of Land Between The Lakes.

Also included in the Eddyville Area is the town of Kuttawa.  Located directly on Lake Barkley, this lake-town offers inexpensive lodging, some dining choices and a few retail and service-based businesses.  Eddy Creek is also located within the Eddyville Area.

Major highways in Lyon County include Interstate 24, the Western Kentucky Parkway, US 62 and US 641.   While there are no airports in Lyon County, general aviation service can be found at the nearby Princeton-Caldwell Airport, about 15 miles east of Eddyville.  Commercial service can be found in nearby Paducah, KY, at the Barkley Regional Airport.

Lyon County has a population of 8,009 permanent residents but there are many more seasonal residents who spend their summers on the banks of Kentucky Lake or Lake Barkley.  Eddyville is the largest city and the county seat.  Kuttawa is the only other incorporated city in Lyon County and has 667 residents.

The economy of Lyon County is mostly based on tourism which is a $40 million industry for the area.

The Lyon County Medical Center provides healthcare services to the area.  Unfortunately, there is no 24-hour emergency room in Lyon County.  The nearest emergency room is located at Caldwell County Hospital, located in Princeton, approximately 20 minutes from Eddyville.  Emergency rooms are also located about 40 minutes west in nearby Paducah, KY