Turkey, deer and other game are abundant in the Kentucky Lakes area.

The woodlands, creeks and water sheds surrounding Kentucky Lake and Lake Barkley make the region a favorite spot to hunt deer, wild turkey, ducks and other small game. Hunters from all over the country enjoy the variety of wildlife made available to them in this region.

There are a number of public and private lands available for hunting various types of animals. The list that follows focuses on federal lands that are open to the public during specified times of the year. No matter where you choose to go, be sure to obtain the appropriate hunting license for the state in which you plan to hunt.

While the mission of the Clarks River National Refuge is to provide a habitat where a variety of animal species can be protected and preserved, hunting is a method used to manage surplus wildlife populations who live there at various times of the year. There is no charge to hunt on these public grounds.

The Refuge spans 9,500 acres of public land covering parts of Marshall, McCracken and Graves County in western Kentucky. These lands border privately owned properties, so hunters will want to watch carefully for no trespassing signs that indicate they are leaving public property.

You'll want to check their website for maps and information on waterfowl, deer, rabbit, coyote, dove, squirrel, turkey and other small game quotas. The refuge is administered by the U.S. Department of Fish & Wildlife Service. 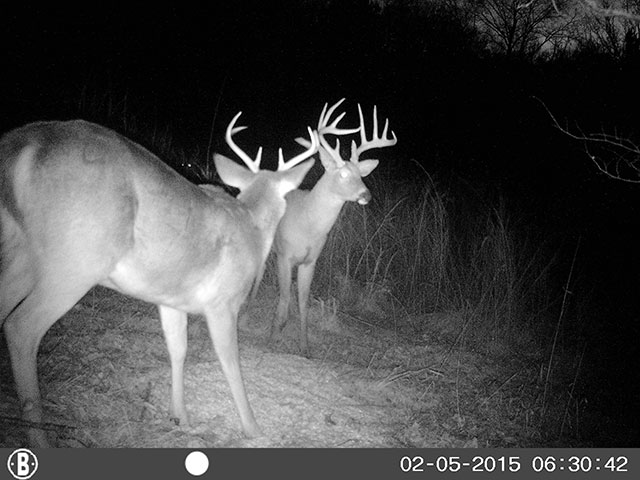 For those planning to hunt the woodlands of Tennessee, you'll want to check out Cross Creeks National Wildlife Refuge located in Stewart County, Tennessee. The refuge is managed by the U.S. Department of Fish & Wildlife and covers 8,862 acres of public lands. Hunters can hunt squirrel, white-tailed deer, wild turkey and resident Canadian geese during the specified seasons. While some hunting is allowed, some animals are protected, including turtles, crawfish and bullfrogs.

Within Cross Creeks National Wildlife Refuge, there are four designated hunt areas. However, some portions of the Refuge are restricted. Hunters will need to watch signs closely to ensure they are hunting in designated hunting grounds.

Refuge Annual Hunting Permits can be obtained from all Tennessee licensing agents or online at www.gooutdoorstennessee.com and on the Tennessee Wildlife Refuge Agency's mobile app. A list of regulations can be found at the Cross Creeks website.

The wildlife refuge was established in 1945 as a haven for migratory birds and has been very successful in attracting waterfowl, small game and other wildlife for over 70 years. In fact, as many as 306 species of birds have been observed and recorded since the refuge was created.

In addition to birds, other mammals, reptiles, amphibians and fish make their home in these natural surroundings. White-tailed deer, raccoons, foxes, squirrels, wild turkey, rabbits and beaver are also found here in abundance. There have even been a few black bear sightings since the state sought to bring them back to their native lands.

Although the refuge was established to preserve wildlife populations, the U.S. Fish & Wildlife Service seeks to manage wildlife populations when there is a surplus. Therefore, hunting is allowed during certain times of the year. There are ample opportunities for hunters to seek and capture a variety of big and small game in these 51,000 acres of forests, grasslands and farmland.

In addition to traditional hunts, the Refuge hosts a variety of special hunting events throughout the year, including a youth hunt and a primitive weapon hunt. Find details on their website.

Hunting at Land Between the Lakes

Hunting is a popular recreational activity at the Land Between the Lakes National Recreation Area. It's a useful method for managing wildlife populations, such as white-tailed deer, in the absence of large predators.

Over 300 miles of undeveloped shoreline, complemented by acres of forests, makes this national recreation area an attractive home to deer, turkey, waterfowl and other small game. It's open to hunters 250 days of the year, providing significant opportunities for hunting and trapping the wild game that live here.

Land Between the Lakes encompasses lands in both Kentucky and Tennessee, therefore hunters should procure the appropriate state's license before embarking on their hunt.  Special hunting licenses must be purchased to hunt at LBL. Hunter Use and Trapper Permits can be obtained through the USDA Forest Service-Land Between the Lakes office in Golden Pond, Kentucky. Fact sheets, habitat maps and hunting guidelines can be found online.

There are plenty of public hunting grounds available to hunters throughout the Lakes region. No matter where you plan to hunt, be sure to familiarize yourself with the federal hunting regulations and guidelines before planning your trip. Most information is easily accessible online and will ensure that you are prepared for a fun and fruitful hunting trip.