Patti's 1880's Settlement announced on their Facebook page that they will be open for business beginning Wednesday, November 27 at 5pm. Reservations are required for the holiday season. For more information, call (270) 362-8844.

Patti's posted a progress update with new video of the interior of the new restaurant. Plans are for it to open in time for the Christmas season.

Patti's released a great video update of the progress of the new restaurant. You can watch below.

Here are a couple of photos of the construction progress of the new restaurant at Patti's 1880's Settlement. A specific target date has not been set for reopening, but management hopes for a May/June completion date. 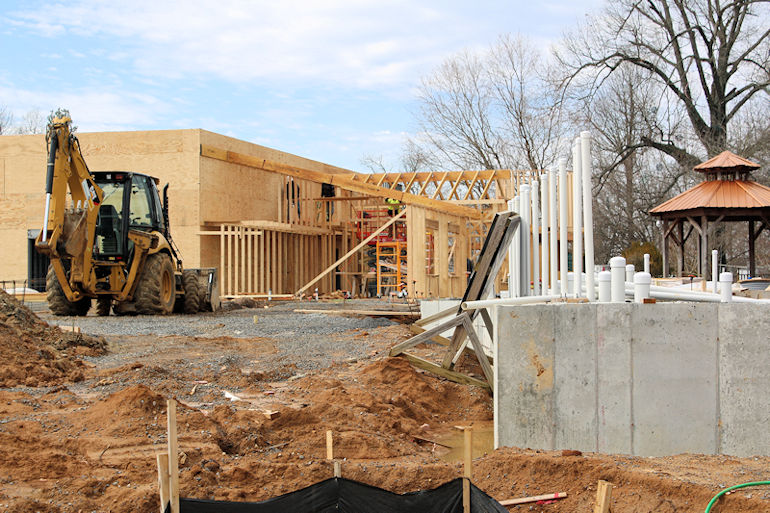 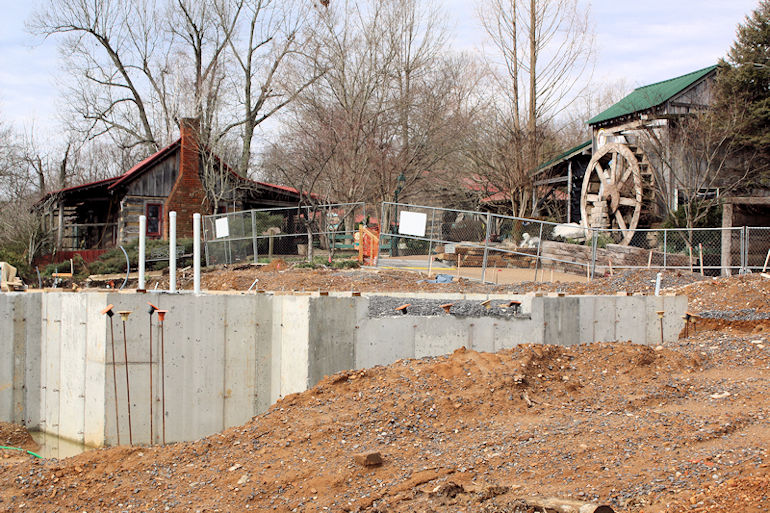 Patti's 1880's Settlement was featured on ABC's The Great Christmas Light Fight this past Monday night. The competition featured four amazing Christmas light displays from around the nation, with Patti's being one of those contestants.

Also, Patti's announced on a live Facebook video today they are hoping to open the new restaurant by Mother's Day next year (Sunday, May 12, 2019).  Footers, underground electrical and plumbing have been placed and walls may go up by the end of this month.  Progress depends on good weather, so hopefully Patti's 1880's Settlement will be up and running this spring!

Remember, Hamburger Patti's is currently open along with their many gift shops as well as their amazing display of Christmas lights. 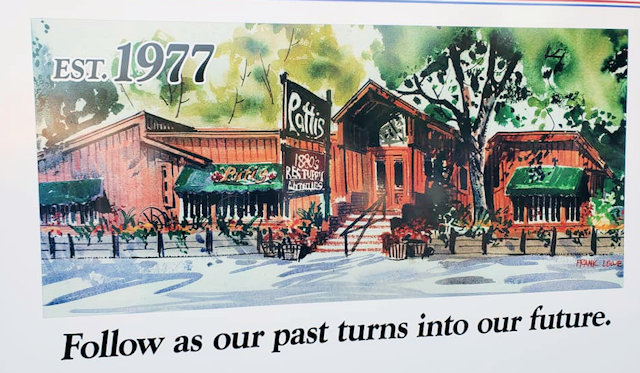 Staff, management, stakeholders of Patti's 1880's Settlement broke ground tonight on their new restaurant. Several dozen members of the Kentucky Lake, Lake Barkley and Grand Rivers community were on hand to celebrate the milestone.  No word yet on an official opening date for the new restaurant.

In a Facebook Live video this morning, Patti's 1880's Settlement announced a groundbreaking for their new restaurant on August 2 at 6:00 p.m.  A rendering of the restaurant will be on site.  Everyone is welcome to attend.

We've created this page to inform folks of the progress of the new Patti's 1880's Settlement. This page will be updated often as we receive updates from Patti's management team.

Right now, no official date has been set for a groundbreaking or the opening of the new restaurant, but plans are being made.

On Monday, February 5, 2018, a fire broke out in the kitchen of the famous Patti's 1880's Settlement restaurants. The fire was contained in the kitchen and upstairs office area of the restaurant. Initial thoughts were the existing building could be salvaged, but after further investigation, it was decided the entire building had to come down.

Other parts of the settlement were unscathed. Many of the shops, gardens and other attractions (such as the 19th Hole Miniature Golf Course) were opened later on and continue to be open today.

In the spring, a food truck was brought in and began to serve some of Patti's famous dishes that hundreds of thousands of people have enjoyed over the years. Hamburger Patti's serves their 1" and 2" smoked pork chops, burgers, BBQ nachos, some of their delicious sides, deserts and more. The outdoor dining area makes it possible for folks to sit down and enjoy their meal, or you can "grab-and-go" with takeout orders.

Patti's will rebuild their famous restaurants that served 350,000 people each year. You can watch this page for updates

Here are some videos covering the fire and the early response.