The Kids with the Cure 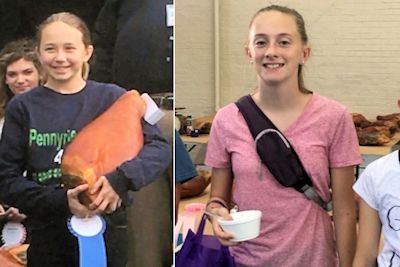 The first Trigg County Country Ham Festival was held in 1977, marking 2019's event as the 43rd Annual time that country ham lovers from across the nation have gathered to celebrate their favorite Southern traditional delicacy.

Perhaps it might be surprising to some outsiders, considering the age-old art of curing country hams and the four-decade-old event in its name, that there exists a contingent of young people at the center of the Country Ham Festival, breathing new air into the festivities and securing their positions as the leaders of the Festivals of tomorrow. 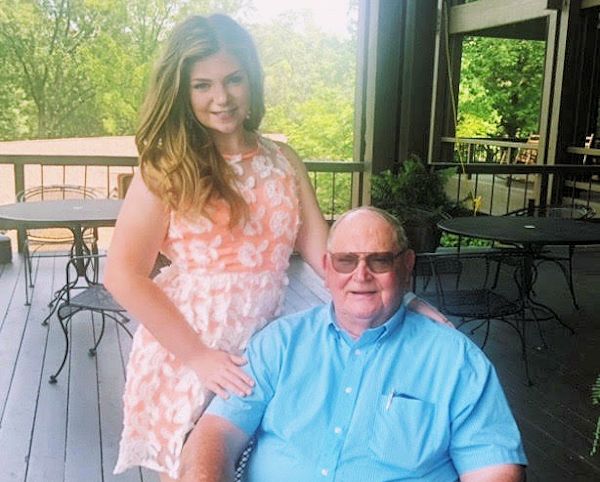 Lilly P'Pool stands with her grandfather.

One of these young people is Lilly P'Pool, a lifelong Trigg Countian who is following in her grandfather's footsteps to learn and continue the art of ham curing. For Lilly and her fellow 4H Club members, the "country ham project" they undertake each year isn't just about earning credit--it's about community, culture and tradition.

"Ham curing is really important to me because it's something that I do with my grandpa," Lilly says, noting that her grandfather hails from a family who has been curing hams for generations.

"It's a tradition in our family and a legacy that I have decided to continue."

By contrast, the Sink family is new to Trigg County. Moving several years ago to the county, the Sinks coincidentally brought with them a love for pigs. It was their son Jonathan who initially signed on for the 4H country ham project. Following in his footsteps, younger sisters Anna and Sarah are now bringing in awards for their country hams. Mom Jennifer says the program has been a way for her family to connect with the culture of their new home.

"We didn't know what we were getting into at first," she recalls.

"The first year we were overwhelmed because we were learning so much, but at the end of it, we thought it was amazing."

"Through it, we met a lot of our neighbors and so many people who care about 4-H and promote the country ham project."

"The kids and the families that meet at Broadbent, you get close to them and you get to know them."

"We love the fact that it is part of this area's culture, their history and there's so much pride in it."

Jennifer says that the ham project is a "big part of the kids' lives each year," and she's not exaggerating. Participating students sign contracts agreeing to fulfill their ham duty and began curing their chosen hams in April. Over the spring and summer, students visit their curing hams five times to pack it with salt and sodium nitrate, wash it and repeat the process over and over until it is oiled up, smoked and ready to present, first representing Trigg County at the Kentucky State Fair and then in the presentation of the hams at the Country Ham Festival.

"It's a very lengthy process," says Sarah Sink, who advises to novices that choosing a teardrop-shaped ham is the first key to country ham success. She also stresses the importance of packing the salt into the ham hock during the curing process.

At the end, the completed youth hams are presented alongside the adult hams in the Ham Festival. Owners of the winning hams often choose to donate their prize-winning ham for a charity auction.

"I've had the honor of being able to auction my ham two years," says Lilly.

Anna says there is an added perk to winning.

These kiddos may be competing against each other in ham curing, but they all agree on the one thing they look most forward to at the Ham Festival—the people.

"I really like meeting the people who come into the 4-H exhibit every year," says Sarah.

"You get to meet those people who come in from all across the country, not just the state of Kentucky. It's such a great experience."

Her sister Anna also enjoys the atmosphere at the 4H exhibits at the Festival.

"My favorite part of the ham festival is probably making crafts with 4-H and I we get to hang out with different people and show them how I like 4-H," she says.

For Lilly, the day is a chance for her to connect with her community, her family and the tradition that binds them.

"Being able to be with the people of my community and spend time with my friends and enjoy the food at the Ham Festival is my favorite part," she says.

"It's a social event, but the reason is, of course, country ham and being a part of that makes me feel included within my community."

"Being able to spend that day honoring what our community is about and honoring the legacy of curing country hams is the best."

To learn more about the events of the Trigg County Country Ham Festival, visit http://gocadiz.com/.

Ham Festival winners are announced at 1:00 p.m. on Saturday, October 12. To see a full list of Ham Festival events, visit this link.