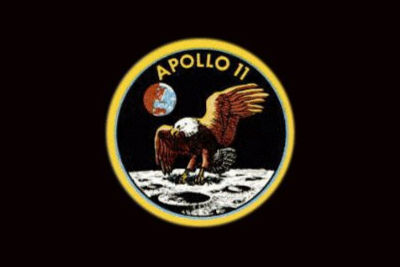 "One Small Step" will celebrate the fiftieth anniversary of the Apollo moon landing at the Golden Pond Planetarium and Observatory inside Land Between the Lakes National Recreation Area, 10 am to 10 pm on Saturday, July 20, 2019. Photo Credit: NASA

It has been fifty years since NASA astronaut Neil Armstrong spoke to our nation and the world: “That's one small step for a man, one giant leap for mankind. Houston, Tranquility Base here. The Eagle has landed. Here men from the planet Earth first set foot upon the Moon. July 1969 AD. We came in peace for all mankind.” The Golden Pond Planetarium and Observatory will celebrate this human accomplishment and look forward to a Mars landing with special programming throughout the day, which includes:

Planetarium Shows 10 am - 4 pm
$6 ages 13 and up;$3.50 ages 5 -12; free ages 4 and under
Laser Legends of the Night Sky
Wildest Weather in the Solar System - made possible by Murray State University's Jesse D. Jones College of Science, Engineering, and Technology
Back to the Moon for Good - made possible by CFSB
EXPLORE - made possible by area chapters of Rotary International District 6710
From Earth to the Universe
Earth, Moon & Sun
Firefall

Planetarium Manager Bill Futrell said “We are happy and honored to celebrate this all-important, pivotal moment in human history. It’s an opportunity to meet real astronomers and participate in special activities and programs unlike anything else in the region. We will honor the half million men and women who worked on the Apollo program. Their hard work and dedication led to this great triumph of the human spirit.”