Land Between the Lakes Takes New Measures for Harvested Deer 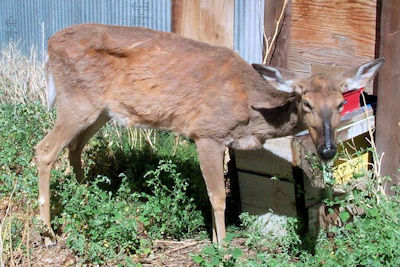 The U.S. Forest Service at Land Between the Lakes now prohibits the transport of harvested deer across state lines inside the National Recreation Area.

Forest Service officials are taking this step to prevent the spread of Chronic Wasting Disease.

Seven white-tailed deer have tested positive for CWD in the state of Tennessee according to the Tennessee Wildlife Resources Agency. Both Kentucky and Tennessee are now limiting the transport of certain deer parts across state lines.

According to the Kentucky Department of Fish and Wildlife Resources, “hunters are prohibited from bringing any deer from Tennessee into Kentucky unless the brain and spinal column have been removed first.” The U.S. Forest Service fully supports the respective states and encourages hunters to check with game processors before transporting any harvested meat across state lines.